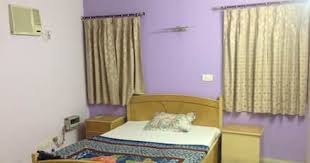 The history of Jamia Hamdard begins with the establishment of a small Unani clinic in the year 1906 by Hakeem Hafiz Abdul Majeed, one of the well-known practitioners of Unani System of Medicine of his time. Hakeem Hafiz Abdul Majeed had a vision of making the practice of Unani Medicine into a scientific discipline so that Unani medicines could be dispensed in a more efficacious manner to patients. He gave the name “Hamdard” to his venture which means “sympathy for all and sharing of pain”. His illustrious son, Hakeem Abdul Hameed, carried forward the philosophy and objectives of Hamdard in independent India. Even at the time of partition of India in 1947, Hakeem Abdul Hameed was dreaming of setting up a complex of educational institutions which would concentrate on highlighting the contribution of Islam and Islamic culture to Indian civilization and development of Unani medicines for curing diseases

How to get here?

On 22 Shawwal, 1367 Hijri, corresponding to 28th August, 1948, Hamdard, which was a commercial enterprise at that time, was converted into a Wakf, with the object of giving effect to Islamic teachings of public charity including health and education. In 1964, Hamdard National Foundation was created with a view to receive and disburse the profits earned by Hamdard (Wakf) Laboratories. Hamdard National Foundation was to take up charitable causes in the areas of education, medical relief and the advancement of knowledge, consistent with the principles of the true teachings of Islam.

For setting up a complex of research and educational institutions, Hakeem Abdul Hameed purchased a piece of land in Tughlaqabad area of South Delhi which was hardly inhabited in those times. In order to implement and execute the objects of Wakf as enshrined in the Wakf deed, Hakeem Abdul Hameed and his Muslim associates, established several institutions for teaching and research as given below.

In 1962, Hakeem Abdul Hameed set up the Institute of History of Medicine and Medical Research with the object of promoting education and research in the history of medicine, besides appraising the principles of medicine.

In 1963, Hakeem Abdul Hameed and his Muslim friends and associates set up Indian Institute of Islamic Studies with a view to promote the study of Islamic Culture and Civilization especially its contribution to Indian society and culture.

In 1963, Hamdard Tibbi College was set up in Gali Qasim Jaan, Old Delhi. It was later shifted to Jamia Hamdard Campus in 1980 to provide education in Unani Medicine to students so that the heritage of Unani Medicine largely available in Arabic and Persian is passed on to the students of next generation.

In 1972, Hamdard College of Pharmacy was set up with the objective of providing education and training in all branches of pharmacy. The year 1989 saw the fulfilment of the dream of Hakeem Abdul Hameed when Jamia Hamdard was given the status of Deemed to be University by the Ministry of Human Resource Development on 10th May, 1989. All the above named institutions set up by Hakeem Abdul Hameed and his friends and associates were amalgamated into Jamia Hamdard. In a brief period of only ten years, Jamia Hamdard has evolved into an institution fulfilling the objects of the wakf, which has funded it.

It was a day of great joy for Hakeem Abdul Hameed, founder and the moving spirit behind all the institutions promoted by Hamdard and his large number of friends and associates. As a means of thanking the Almighty Allah for His guidance to its founder and his associates, Jamia Hamdard adopted a Seal with the following ayat from Sura al-Jum’a from the Holy Quran:

This verse is translated as under:
“he (The Prophet, may peace be upon him) instructs them in `the Book And Wisdom’.

Since the founding of Jamia Hamdard, this ayat from the Holy Quran is a source of inspiration and guidance for those connected with Jamia Hamdard management and administration.

Jamia Hamdard was inaugurated by Late Shri Rajiv Gandhi on August 01, 1989. In his impressive speech, the Prime Minister lauded the efforts of Hakeem Abdul Hameed in setting up institutions of learning which were emerging in the form of a “Deemed to be University”. He said, “This will enable (the Muslim) minority to go forward and help India to march forward”.

Jamia Hamdard was conceived as a seat of higher learning in Unani Medicine, Islamic Studies, Biosciences, Pharmacy, Nursing and other areas of knowledge by its founder as a means of fulfilling the objects of the wakf. Over a period of last ten years, Jamia Hamdard has emerged as an outstanding institution of higher learning with distinct and focused academic programmes. Graduate programme in Information Technology and Computer Applications and Post-graduate programmes in Information Technology, Computer Applications, Business Management, Physiotherapy and Occupational Therapy have been started in the last few years. Undergraduate programmes in Physiotherapy and Occupational Therapy are being introduced from this year. Jamia Hamdard offers postgraduate and doctoral programmes in several disciplines for which advanced facilities are available.

The Jamia Hamdard strives to work with the following vision:

To provide international quality higher education and undertake cutting-edge research in the fields of social, natural science and technology and particularly promote study of modern and traditional medicine systems, especially Unani-tibb, encompassing a holistic and integrative approach to healthcare and to meet societal education needs of underprivileged Indian communities.

Keeping the vision of Jamia Hamdard in view, its mission is enumerated as under:

a) To promote and advance the cause of higher education through modern methods of teaching and advanced research in such branches of knowledge as the Jamia Hamdard may continue to develop core-competence for and as may be in consonance with the emerging needs of India in general and underprivileged communities in particular.

b) To co-operate, collaborate and associate with national and international organizations and institutions in any part of the world having mission wholly or partly similar to those of Jamia Hamdard and as per the provision of the UGC regulations in place from time to time.

c) To provide avenues for higher education leading to excellence and innovations in such Branches of knowledge as may be deemed fit primarily at under-graduate, post-graduate and doctoral levels, fully conforming to the concept and idea of the Jamia Hamdard.

MBBS or Bachelor of Medicine, Bachelor of Surgery is a 5.5 years of an undergraduate degree allowing you to pursue your career in the Doctor's field. With 4.5 years of MBBS curriculum focussing on academical teachings, the last year of the course duration is for students to... View More
4 Year
Full Time
UG
Medical

B.E. Food Technology is a full-time 4-year undergraduate program in food technology. The eligibility criteria include qualifying 10+2 with a minimum of 50% marks in Science stream from a recognized board. Admission to the course is done on the basis of merit and percentage... View More
4 Year
Full Time
UG
Engineering

B. Tech. ECE is a 4-year program which can be pursued if a student has cleared 10+2 with Physics, Chemistry, and Mathematics as main subjects. It involves the study of design, analysis, and application of electronics and communication circuits. B.Tech. ECE: What is it... View More
4 Year
Full Time
UG
Engineering